A Promise Chiseled in Stone

Build the Banner of Love, Inc. advocated for a family and petitioned local businesses in the State of Rhode Island to join hearts and hands with us to create a memorial garden for a mother whose son passed of an addiction related death, on May 13th, the day before Mother’s Day last year, in 2017.

This year, the date unfortunately was Mother’s Day. The day her son passed was undoubtedly the worst day of this mother’s life. They met with Turn to 10 I-Team on May 15, 2017, just two days after Alex’s death which aired on May 22, 2017. The link to the interview may be found below.

Mother’s Day, should have served as a remembrance of the day she brought Alex into this world. However, this year, it was a day she was to be reminded of her heart-breaking loss.

“At the age of 10, Alex learned to play the alto saxophone. Music became his passion.” His mother stated. “He studied music at Rhode Island College and played in the Wind Ensemble and the Jazz Band, excelling on the alto sax as well as the tenor and baritone saxophone. During one concert, he even shared the stage with Doc Seversen from the Tonight Show ” She said with great pride. “Now, I sit and look at Alex’s picture and reminisce. Now, I look at his alto sax and listen to its silence.”

After visiting with her on one particular occasion, knowing that I worked with flowers, she asked me if I had any knowledge of which species of plants would grow in a low lit area as she was wanting to make a memorial garden in her yard in memory of her son.

We asked her permission to create a garden for her.  Humbly she accepted. It was presented to her on Sunday, May 13, 2018, the one year anniversary of her son’s passing…. Mother’s Day. She was able to watch “her garden grow” but would not see it completed. There was once piece that she could not see. That would not arrive until Mother’s Day.

I joked a bit with her when she sent me an updated photograph during the garden’s progression. “It’s not a fire pit!” I told her on one occasion, even though it looked like one. Don’t put anything in it!” I told her. Through our texts, I could somehow hear her giggle a bit!

Can anyone or anything on this earth ever remove the pain the loss of her son has left? That question is rhetorical. The answer is obvious. We meet twice monthly at the Crowne Plaza for a peer-facilitated support group which Alex’s parents attend. Diane Lang, our Rhode Island Chapter Leader, who has also lost a son, explains it this way. “Life will go on, it has to. It will just go on differently.”

We are a Rhode Island Based Non-Profit Organization that has extended its love as far as New York, providing “Blankets of Love” to cover the casket of a life that has been lost to this unfortunate crisis. Not only does it honor the life that was lost, it symbolically covers their family in love. The “Banner of Love” is a literal banner which has grown to now represent 12 states, an embodiment of lives that have been lost to this dreadful epidemic; a National Banner where Alex’s life is also remembered.

As I have stated on the State House steps, there are many organizations that are working hard to help those that are caught in the throes of addiction. But tell me, who reaches out to the families that are left to grieve this complex loss? Who remembers them on their loved ones’ birthday, Mother’s Day, Father’s Day or National Siblings day? Who is there to support them and help them through this horrendous loss? When I started this organization, I fully understood the best support system they could have was each other. I believed they could encourage and keep each other from being completely engulfed from the torrents that were drowning them if they could just find enough strength to get to the surface for air. I was no one special, I only built the boat. Again, will it change their present circumstance? No! Here at the Banner of Love, the quote we live by is…… “That’s what love does.” It was a whole lot of love that put this garden in a yard for a broken hearted mother on Mother’s Day.

“One more question Barbara,” I asked. “When you think of Alex does a song come to mind?” Without hesitation she replied, “When Alex was a little boy, he did not want to nap. I figured out that if I wrapped him in a blanket and set him on his daddy’s recliner and put on Kenny G, he fell asleep every time “Songbird” played. After that, whenever he needed a nap, he would say, “Play Songbird Mommy”. I always said that was why my Alex became a saxophone player.

We made her a garden, where she can spend some quiet time and remind herself of the promise that she has made to her son. A promise that is now engraved not only on her heart, but chiseled on a stone that has been set in the center of her garden.

“We will forever carry your beat within our hearts.”

Thank you to all the hands that helped us to provide a place where this mother can see her promise chiseled in stone on the days her heart is overwhelmed. Them are the days she will need it most.  Why?  “Because that’s what love does!” 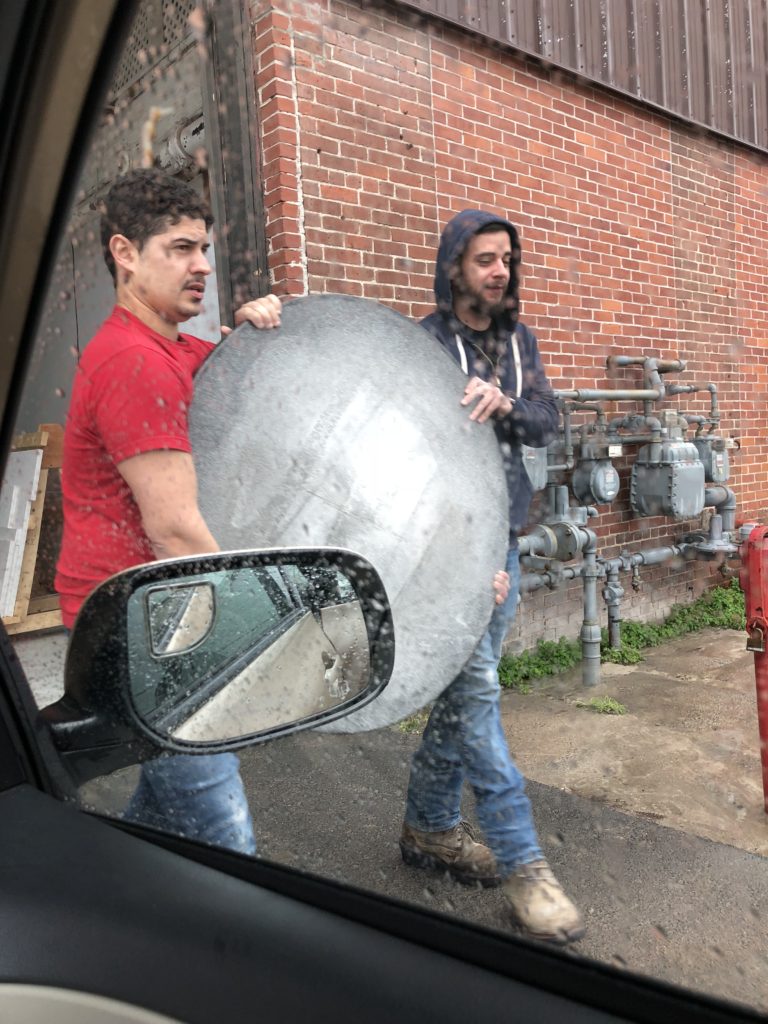