WAR ON DRUGS: NEVER A ZERO 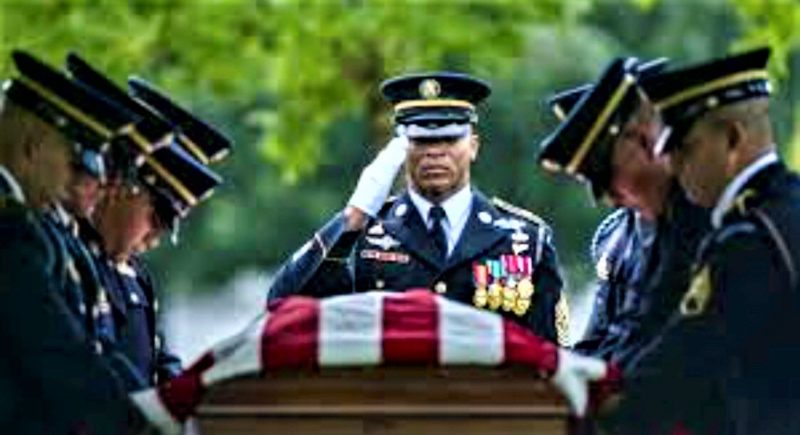 While sitting in my yard contemplating the wars our heroes fought, past and present, I was reminded of a man who was considered a “Hero” at one point in his life and a “zero” at another. He was a Purple Heart Recipient, given to U.S. soldiers killed or wounded in any action against an enemy of the United States. A young man with bullet holes to prove it and a Purple Heart in his pocket. He was my grandfather.

He fought in the Battle of Word War II and survived; but lost his battle with addiction. I wonder which was harder?

I am in NO way taking this day of respect away from the heroes who died for our freedom, I was simply reminded while drinking my morning tea that here in our own country our citizens are fighting a war and dying daily, and that my grandfather fought in both wars. However, the ones that are losing the war today are not called heroes, but zeros. Didn’t they fight the same war my grandfather did? You know the war that made him a zero?

According to the autopsy report, he was wearing a brown suit jacket, white shirt, tan sweater, brown tie, brown pants, brown striped boxers, dark brown trouser socks, black shoes, and a black belt. One pocket contained a black wallet with a green plastic holder with cards, papers and photos. In the same pocket, a single Gillette razor, a black pocket comb, brown eye glasses and a silver cigarette lighter. I remember that lighter, the top flipped backwards when he opened the cap with his thumb and flicked his wrist. I can still hear its sound if I close my eyes.

The report stated he had upper dentures in his mouth, but his bottom dentures were in his other pocket. The pocket he reserved for one thing only…. His Purple Heart, but it was not there. I wonder if they would have hailed him a hero had they removed his Purple Heart instead of his lower dentures? Or in the present war, a small plastic baggie, a few pills or a hypodermic needle.

Instead, the article in the Providence Journal stated “The body of a 60-year old man was found in a vacant lot on the East Side yesterday morning by a man walking his dog. Milton E. LaHue died of heart disease associated with lowering of the body temperature and chronic alcoholism. It further stated, “the body was face down in the bushes in the wooded lot buried under the snow.” He was estimated to be there approximately 6 month after being asked to leave the Salvation Army for trying to bring in alcohol.

Hypothermia, stopping his heart, could have been reversed if found in time. Sounds a little similar to the Opiate War we are fighting today, does it not?

Accidental hypothermia results from unanticipated exposure, including inadequate shelter for a homeless person, someone caught in a winter storm or an outdoor sport enthusiast caught off guard by the elements. He wasn’t the hero that died in a war or a hero that died on Mt. Everest, he was an alcoholic who fell face down into the bushes too drunk to get up.

Not everyone who fought in wars were decorated as heroes. However, they were WARRIORS! A person willing to risk their lives, for someone or something they love. In the case of Memorial Day…their Country! The United States of America. The fought for freedom, whether they pushed a button to fire a missile, or was a soldier who carried a fallen comrade through the lines of enemy fire to assure he was honored in death. It sounds a little like the parent that desperately attempts CPR without any training, a young adult who holds their sibling’s lifeless body just to hold them “a little longer,” the child that must now walk through life missing a piece of themselves, or the love of their life that must now continue marching alone.

Families who love a person who have fought a war on Drugs are WARRIORS! They carried their soldier, at all cost, out of enemy territory, even if it resulted in carrying their lifeless body in their arms. If this soldier was THEIR hero please don’t coin them a ZERO.