“Heart to Heart”: Parents Share their Love at a Local Recovery Meeting 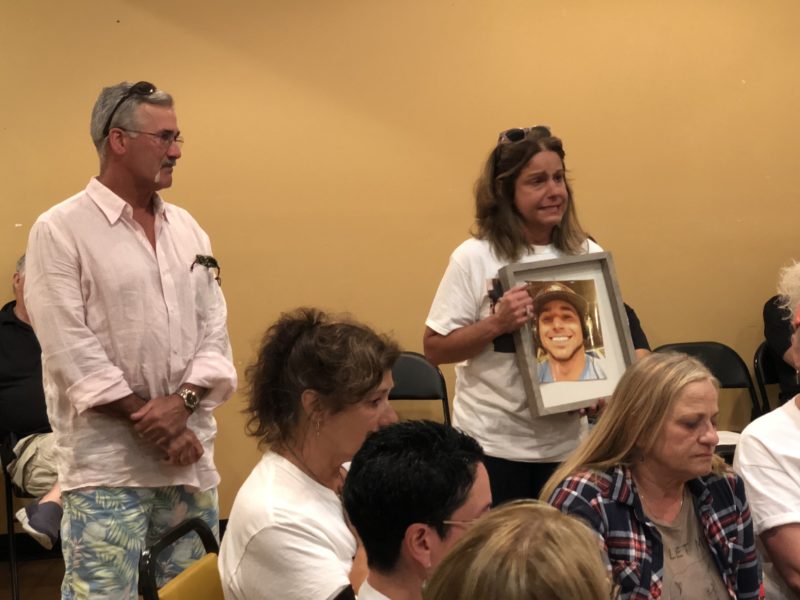 Many thought it would not go well.  Some asked, “Do you think that it is wise to put parents that have lost a child to the opioid crises in the same room as those in recovery or in active addiction?” What if they lash out  in anger using the scare tactic, “If you don’t stop, this is going to happen to you!”

These parents were desirous of talking to individuals in recovery with hopes of bringing encouragement and love. They wanted to carry the message; that there is always hope.   A simple “Heart to Heart” talk to “never stop fighting.”

It was a well thought out decision.  We had talked about it at our bi-monthly grief support groups where they are learning to live life beyond loss.  Yes they are grieving, but they need purpose. They don’t just want to sit around a table for the rest of their lives and relive what has happened to them.

We were able to get a local recovery group to agree, who were also prepared for these “guest speakers” and accepted them with open hearts! So what happened? The exact opposite!!

They used “LOVE, spoke LOVE and offered their LOVE.”  In the midst of their personal grief, they shared their stories with the hope of strengthening even one person.  “My son reopened the door to the demon. Please, help one another to keep that door closed,” one parent stated as he stood beside his wife who held a picture of their son Nicholas, who passed just 10 months ago.

Some parents did not speak, but came to support the four that had. It can happen to anyone they said. “My son thought he could handle this disease on his own.   He was embarrassed by his addiction, so he used alone and eventually died alone, his mother said. “You need one another,” explained another, just before she buried her face in her hands crying.  The youngest was 18, whose mother described how it felt to have her daughter’s pajamas handed to her all cut up in an attempt by rescue personnel to save her.

Our Rhode Island Chapter Leader, Diane Lang who lost her son Brian in October of 2016, was able to speak with a young man who had known her son, but did not know that he had passed. What did she do?  She offered him a lot of love and encouragement and after the meeting; they embraced.  It was inspiring.

It was never a question in our minds.  They were ready. These parents became the voices that “carried the message” for their children. A message of Love and Support.

They are learning in our support group that guilt and anger will never change anything.  Individuals gripped by addiction already feel shame and guilt, who knew that better than these parents?  It was the substance that kept their children trapped in the grip of its lies. They know that it is ONLY LOVE that can reach a broken world.  It was love that reached them!

So why did we do this?  As the Founder of the Organization puts it, “Because that’s what Love does!”